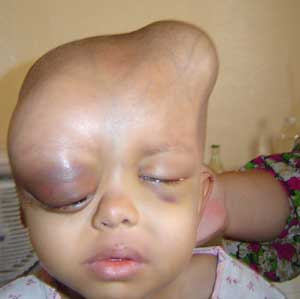 Same as everyone else who just stood by and didn't care to be bothered ...
Posted by Matt at 11:13 pm No comments:

Got a new job, but dole bureaucrazy still on my back. Scheduled for presenting my forms next Tue. Lovely!

Recorded stuff for a TV-Show about gore, gore and even more related thangs. Probly Anger n yours truly will do a regular show-within-the show starting Sept. Will even see some cash (or else), but still wont be enough to kiss the dole goodbye.

Got a new book out! And only today managed to upload some advertisement on our own page. SHAME!

Am busy cycling and mostly regularly working out also in the woods, so my lung is slightly better again, but won't hold my breath, not on other poor puns either.

Got a letter from our restless neighbour , again complaining about 'very unpleasant noises' from my bedroom keeping her up 'all night', even though baby and myself stopped doing anything there but literally sleeping since well before midnight. However, her being 'very sensitive' concerning stuff like that'n'all.

Yes, obviously seems so. Of course didn't tell her where to stick it, but that we're actually very considerate because of her, plus mostly only sleep at my place on the weekends just for the same reason, so in case from now on she should still hear anything despite all our again improved efforts, I'd hope for a little tolerance from her side as well, cause going into the woods for it every time after 10 o'clock frankly wouldn't be an option either.

Up to now did the trick. Even strated being less noisy in the early mornings for an amazing timespan now.

Went to some parties. Mostly on the guest list, though my favourite one being where the wannabe copper security nazi did a body search for allegued weapons but failing to detect my two cans. Even did physically reasonably well, though only with PP3 particle filters in front of my face (them afterwards kinda resembling old cig butts, same colour, same smell).

And hey, second but last new moon, was able making out the milky way from our balcony! Only vaguely, but it was definitely there, at least in the direction away from the city. Awesome.

Still haven't done my last semester's paper. Not to mention finished the huge Leppin book. Nor all the hours of the uni job, nor the other book I've got to do there, too, nor zillion other stuff either.