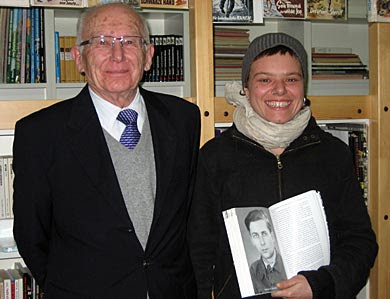 H. K. Schmidt and fan with signed portrait in our PAM-Bio
@ Antiquariat Sammelpunkt Zurich, 25.11.06
© Ingrid Tomkowiak
Posted by Matt at 1:52 am